The iPad Pro is now available for purchase through Apple’s online store and the retail stores without any pre-order period. The public wants to know a lot about this new Apple tablet. Besides it has a 12.9-inch of display size, people want to know more about the speed of iPad Pro compared to the other ARM devices, such as the smartphone or the other tablets.

iPad Pro uses the latest Apple A9X 64 bit processor, which is made by using the 14 nm technology. Apple claims that A9X is 1.8 x faster than A8X on iPad Air 2. This is the amazing performance to be utilized by the applications to run faster and smoother. 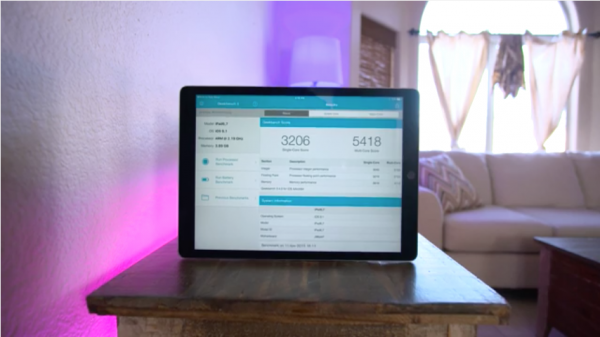 To find out the speed of new A9X processor quantitatively, it needs the benchmark test. One of the reviewers, Dom Esposito, uploaded the unboxing video and preformed the benchmark test use geekbench on the iPad Pro. From the video we can see the iPad Pro has a geekbench score for the single core 3206 and multicore score 5418. How about the comparison with the other ARM devices? Is iPad Pro the fastest ARM device at this moment? Let’s take a look at the chart of single core and multicore score below: 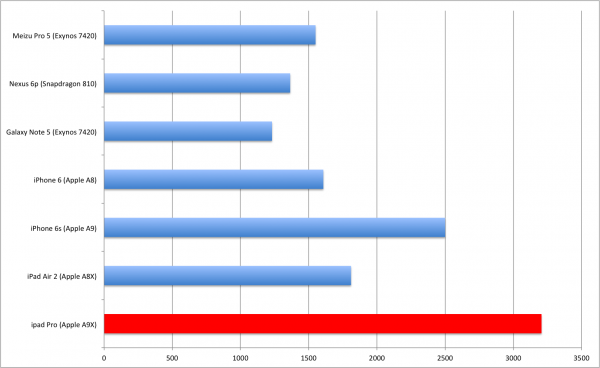 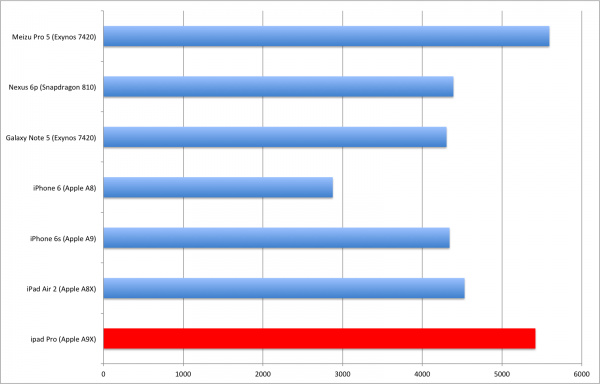