AirDrop is the file sharing feature on Mac that was introduced with OS X Lion to allow the file transferring between Macs. This feature was then made available on the iOS devices with the release of iOS 7 for enjoying the same feature in iOS devices as well. But, the introduction of OS X Yosemite made it possible to share files between MAC and iOS easily in no time.

However, there are some requirements in order to making this file sharing process successful between MAC and iOS using Airdrop. These are:

Also, if your MAC have a firewall enabled in it, make sure that the ‘Block all incoming connections’ is not activated. This can be checked by going to Menu Bar > Apple> System Preferences> General> Security & Privacy> Firewall> and then check the Firewall Options.

Also ensure that the devices are within 30 feet distance for sharing files with each other using Airdrop on Mac.

If you are facing some common Mac issues, click here to know the fixes.

Learn here How to show hidden files and folders on MAC

The step by step process to transfer files from MAC to iOS devices is explained here. 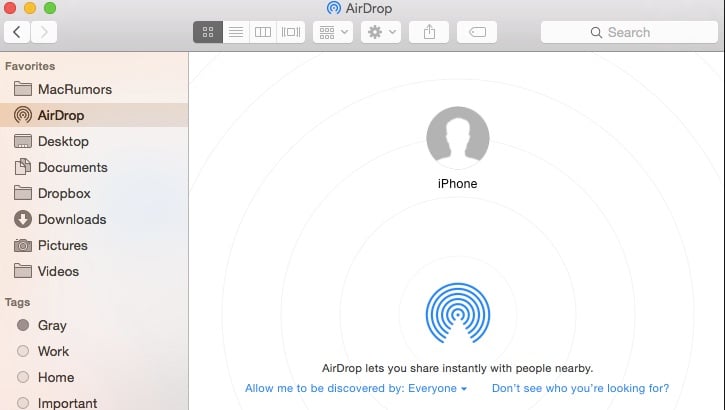 Also you can share files between MAC and iOS devices using other apps that have built in share feature. This feature can be accessed by clicking on the upper right corner of the app and it will be represented by a square with upper facing arrow. 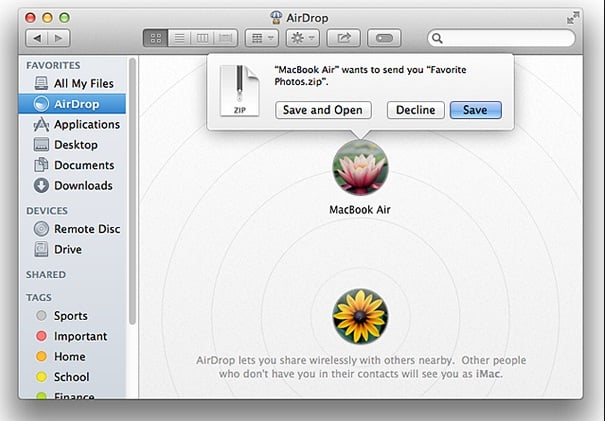 So, you have now learned both the process of file sharing between MAC and iPhone and can perform the task successfully. In case, you face any difficulties, restart both the device once and try performing again.