Apple reportedly will release iPad Pro with 9.7-inch display size on the upcoming Apple event on March 15.  This report tells the different thing from the previous rumor, which said that Apple is going to release iPad Air 3. The leaked schematic image that was circulating on the Internet before, about the iPad 9.7-inch, looks like the iPad Pro. That leaked image was believed to be the image of a device which is the successor of iPad Air 2. However, this new report tells the different thing. 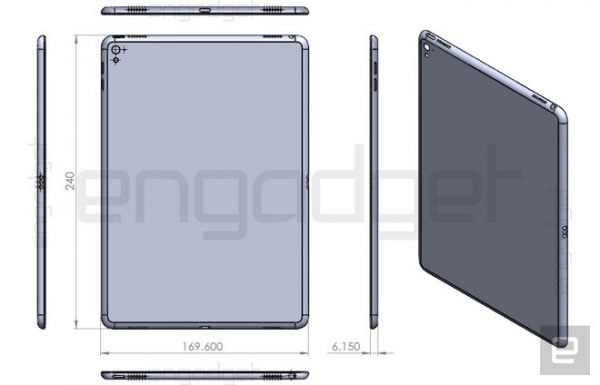 “Like the 12.9-inch models, quad stereo speakers will be part of the hardware. The 9.7-inch iPad Pro is also expected to come in the same colors and storage capacities as the larger iPad Pro, but the pricing will be closer in line with the iPad Air models it will succeed.”

It seems that Apple will change their iPad series by presenting the iPad Pro ‘mini’ in 9.7-inch. It’s a different iPad version than iPad Air. This is the first time for Apple to introduce the iPad 9.7-inch series in March instead of September or October event. Will Apple also release the iPad Air 3 with affordable price? We’ll see.

The other news: Want To Know More About iPhone 5SE Design? See The New Leaked Image